History of Our Caves 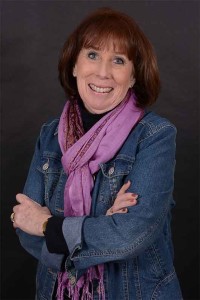 Hi! I am Linda Coleberd, owner of Mark Twain Cave.  I thought you might like a brief synopsis on the cave and how it got to be in our family.  That is a question we get asked frequently.

Our earliest documentation is that Jack Simms was out hunting one cold snowy day (1819-1820) when he spotted what he believed to be panther tracks.  It was too late in the day to follow where they might lead.  He came back with his brothers William and Roderick and a friend JH Buchanan.  They had their dogs and guns ready.  The sport of panther hunting was huge but nothing like discovering Mark Twain Cave.  The boys were certain that the tracks from yesterday were untouched and the panther was headed into the opening in the hillside.  The dogs went in first and as their bark became fainter and fainter, the boys decided to go in with torches.  From the flickers of their torches they were amazed to see such high ceilings and so many branching passages.  Also to their amazement, the inside was so much warmer than the outside temperature on that cold snowy day.

Undocumented reasoning is the possibility of Indians in the cave much earlier as that population was in the area.  There were 6 tribes that settled in this area because of Bear Creek.  Tools have been found but no drawings or etchings on the cave walls.

With the Simms Brothers “discovering” the cave on that cold snowy day the first name was Simms Cave.  Other pseudonyms soon to follow were Panther Cave, then Saltpeter Cave 1830-1848 because of the abundance of bat guano.  Saltpeter was a major ingredient in gun powder. McDowell’s Cave 1848, then changed to Mark Twain Cave in 1880 after publication of The Adventures of Tom Sawyer.

In 1848, Dr. Joseph Nash McDowell purchased the cave from perhaps a land grant.  He was a brilliant surgeon, who needed the temperate quiet solitude of such a place for experimentation of dead bodies.  In addition to his experiment of trying to petrify dead bodies, such occupations as resurrectionist and grave robbers aided into new discoveries of medicine during that time.  Young Sam Clemens was 13 now and a frequent visitor inside the cave.  Upon finding Dr. McDowell’s “experiment” inside many years later prompted the graveyard scene in his greatest book The Adventures of Tom Sawyer. McDowell owned the cave for 20 years until his death.  McDowell’s Cave became Mc Dugal’s Cave in the famous book.  The slate that you were to write your name on became the Post Office in the story. The drop off made a good place to encounter Injun Joe and the Treasure Room, of course, is where Tom and Huck found $12,000 gold after hearing about its location from Injun Joe and his old “pardoner”.

At that time, two Hannibal businessmen who owned the Hannibal Brick Plant near the cave bought the cave property.  RH Stillwell and Zachariah Fielder probably bought it on speculation.  Because soon they began to develop the property for visitors coming to the cave.  They built a dance pavilion, horse racing track, baseball diamond, picnic areas, an ice house for their new soda stand and a ticket office about the size of an outhouse.  It became a very popular place.  They, along with John East, a Cave Hollow resident and guide, blasted out the entrance in 1890 that we use today!  Then in 1900 the property was purchased by John S. Mainland who wanted to further the development by adding transportation from town to the cave and its attractions.  He initiated a plan to extend the Hannibal Street Car line by bringing the electric car tracks out beyond the city of Hannibal.  By the time that development materialized it was surpassed by decent roads and the Model T.  That property was up for sale again in 1923.  That is where our family comes in.

This cave property was adjacent to Cameron’s Dairy Farm (where Sawyer’s Creek is today). Great grandfather John Cameron came to Hannibal in 1865, then bought the property next to Mark Twain Cave in 1873.  He and his wife Mary, had one son, Evan Thomas Cameron. E.T., even as a child, had been an occasional cave guide because of the proximity of his father’s land to the cave.  Sometimes they would sit on a bench at the cave door and just wait. They would carry a leather pouch to put their money in for each tour.  Also, Evan and his father ran dairy cattle over the land here in Cave Hollow.  Today, the beautiful red barn at Sawyer’s Creek was the original dairy barn and the small stone building next to it was the ice house.

Granddad (E.T.) lived at the dairy all of his life.  He would put a lantern on a jut-out on foggy nights to aid the boats going up and down the river.  Also, during winter he would chop as much ice off the river as he could and stored it under sawdust in the icehouse to sell or keep his milk cool.  From his own father’s porch there was always a sign for Guide Service.  Dairy farming and caving were their primary jobs. As an adult, E.T. became a County Judge, so he has always been called Judge Cameron. But in our family he was called Granddad.

In 1923 the cave was for sale again and it was only reasonable that Judge Cameron would buy the 265 acres; which he did.  Granddad Cameron had 5 children one son Uncle Arch and four daughters, Aunt Sophia, Aunt Helen, Aunt Amy and my mother in law Margaret.  Margaret was born in the block house over at Sawyer’s Creek in 1899.  That block house was a Sears and Roebuck mail order house.  Of those 5 siblings only 3 children were born.  Aunt Sophie had a son Robert Bogart.  Margaret had 2 sons Robert E. and James Cameron Coleberd, my husband.

By then 1923, Archie was 25 years old, back from the war and went back to work with his father in the dairy business and now cave owners. They decided that the out buildings needed sprucing up from previous ownership. Also, a major decision was that a guide needed to be there full time, that no one should have to hunt for a guide to take them through Mark Twain Cave. So Granddad and Uncle Arch had another job added to their list as guide.

In February 1925, two years after purchasing the cave while running cattle Uncle Arch made an awesome discovery.  On the opposite hill across from Mark Twain Cave, he saw steam rising from a depression.  With warm air rising up from a fracture in the limestone, meeting the cold February air, he felt that he may be on the genesis of discovering a new cave.  He kept digging until he could climb down unto a ledge, as he crouched forward, the area opened and suddenly Uncle Arch saw a virgin cave.  Absolutely no one had ever been in there or even seen it before!  Very soon a party of 9 men began to explore a vast labyrinth cave that was much more complex than Mark Twain.  My mother in law was the first female to tour the pristine new discovery.  She was 26 years old.

Many stories over the years have been told about the early years.  Still today someone will come to me and mention how they would play in Mark Twain Cave.  From the 1930s to late 1960s Granddad and Uncle Arch would let kids from town play in the cave but could not interfere with any paying customers. At first, it was Granddad, Uncle Arch and a few other men who lived down here in Cave Hollow who were the tour guides.  Granddad passed away in 1944 and Uncle Arch who was working here took the reins.  Uncle Arch and Aunt Tillie had no children so every child in Hannibal was their child.  He too, would let them play and be a Tom Sawyer or a Huckleberry Finn as long as they did not interfere with tourists.

By 1950 my husband, his brother and cousin were old enough to help out at the cave.  Robert Bogart already lived in Hannibal and his cousins Robert, 17, and Jim, 12, took the Hannibal – St Joseph Railroad to Hannibal and work during the summers.  My husband Jim would tell that Uncle Arch would let him at the age of 14 drive the pick-up to the dairy for ice cream and to get soda and potato chips from small producers here in Hannibal.  These 3 grandsons of Judge ET Cameron grew to love and know everything about Mark Twain Cave.

After Uncle Arch passed away in 1974. His grandson, Bob Bogart and wife Joan managed the cave for the remaining elderly aunts.  Under his watch, vast improvements and additions were made to the visitor’s center, and now included a beautiful campground.  By the early 1990s other buildings were built to include a Rock Shop, small restaurant, and a much larger building that was built to be a mini-mall.

By the end of the 1990s Bob had passed away.  Now it was Jim’s turn to manage the cave.  I have always said that it seems like when you retire from your first job now it is time to start another career at the cave.  That was what happened to Bob Bogart, he was winding down a career as an engineer at the cement plant.  Jim had just retired from practicing medicine for 35 years.  Robert Coleberd, still president of his oil field data firm in California.

Now in this millennia Jim has passed away and thus it leaves Robert (my brother in law) and me.  We continue to make great improvements to the property.  It is very beautiful down here in Cave Hollow. The last and most notable addition is a winery.  It was put in the building that was to be a mini-mall. Cave Hollow West Winery proudly only serves Missouri wines made only from Missouri grapes. Also, we age cheese in the cave and was first distributed along the east coast and now working its way through the Midwest.

What is next? Mark Twain Cave is the oldest show-cave in Missouri. It will carry on in the same historic tradition for generations to come.

So in a trickle-down effect that is how you own a cave!