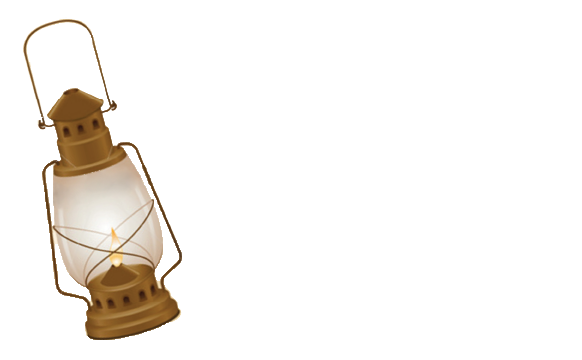 Bat fossils have been found to have dated back 80 million years and resemble those of today.  In modern times the number of bats is decreasing drastically, intentionally and unintentionally, from their habitats.

Echolocation: These amazing fliers are the only mammals to have developed true flight.  Second amazing feat is their echolocation ability.  Only whales and dolphins use echolocation to aid in navigation and look for food.

Early years and on: The reproduction cycle is an unusual one. Bats are one of the slowest producing mammals on earth.  The 2 year old female becomes impregnated in the fall during mating season and the sperm lies dormant during the winter hibernation season because her body temperature drops so low.  With spring, her body temperature begins to rise when she becomes more active, the sperm fertilizes the egg and 6-8 weeks later one offspring is born.  These baby bats are generally poorly developed and weigh about as much as a paper clip and sometimes less.  Bats birth one pup per year, they are breast fed (mammals) and within 2-3 weeks they can fly. 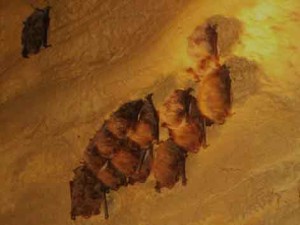 The responsibility of raising the pups, are from additional females in bat nurseries.  Those females who are unable to produce and the males shuttle off to the bachelor colonies.  Once the bats are on their own, they use their highly sophisticated echolocation to catch their weight in insects each night.  This amounts into the hundreds of insects.

Roosting is becoming more difficult for bats all the time.  With urban sprawl, corporate farming, land development for recreation and economic growth their homes are vanishing.  Now they colonize in more confined areas such as caves, old buildings, under bridges, and closed mines.

Bats can live for 20-30 years and longer depending on the species.  So for these amazing mammals during their lifetime they raise approximately 25 offspring.

Benefits: Bats play an integral role in the balance of nature. This role ranges from dispersing seeds, aiding in pollinating crops, eating pesky mosquitoes and literally tons of insects. Without these helpers in our ecosystem, we would notice a drastic decline in foliage, forestry, tropical fruit and nut crops such as avocados, cashews, bananas, peaches, mangos, and figs.  They help pollinate the saguaro, agave and organ pipe cacti.  Bats are important to farmers and foresters for controlling insect pests.  Bats reduce the use of pesticides which helps lessen environmental pollution.  Also, they aid in the food chain critical for cave life.   The study of bats has led to medical advances with their echolocation ability.  This breakthrough uses their sonar ability to assist the visually impaired with navigation.  Also, from bat studies new techniques in artificial insemination, birth control, some vaccines and drug testing.  Some studies have been conducted to better understand low temperature surgical procedures. The bat guano is being tested for its cleansing power from new detergents to oil spills.

Threats: As with any creature, nature, survival of the fittest, and the natural food chain, bats have their own natural predators.  Also, as we have mentioned before, their wildlife habitat is threatened every time new development begins.  As farming continues to grow, land development, new resorts, shopping centers, or condominiums etc. all of this diminishes their quiet bat roosts.  When it is mentioned whether to save bats, or build something new, think about their habitat, their pollination effects on the production of fruit and nuts.  Also, about their scientific advancements in medicine and all the insects they eat so they don’t eat you!

Above and beyond the afore mentioned threats, the newest one is worse yet. White Nose Syndrome (WNS) is killing bats by the millions. In 2006, it first appeared in caves and mines in the eastern part of the United States. Slowly and surely this works its way westward from New York, Virginia, Wisconsin to Tennessee, it sadly moved to Pike County, Missouri.

WNS is a fungus that attaches itself to bat’s extremities, primarily nose but also feet and wings.  This static disease is transmitted only from bat to bat while they are out in the environment. It is found naturally in the soil.  Then it is brought into their hibernacula for even more infestation.  Once this fungus has attached itself to their nose it disturbs them during their hibernation.  The bats wake up, stir about, get hungry then searches for an opening and go out to catch food.  Once reaching the cold bare ground or worse yet, snowy ground, the bat finds no food.  He now has used up most all of his stored energy reserves and depleted his fat reserves, dehydrates, then goes back into the cave and dies. Remember these mammals have only one pup a year. Regeneration with heavy casualties does not replenish the cycle fast enough to help in pollination, dispersing seeds, or eating campground or backyard mosquitoes.

The National Forest Service, National Speleological Society, Bat Conservation International, Missouri Bat Census and University of Missouri are working around the clock to harvest, analyze and document data on this devastating occurrence in nature.

A young PhD. student who was working on slowing the growth of a certain fungus on fruit heard about WNS.  This led to another hypothesis, “Could this new development slow this fungus in bats?”   Slowing it down is a start, and possibly prolongs life long enough to reproduce or stay alive until research finds a cure.  Even though bats can live to be quite old with six million bats lost it will take some time to replenish the population.

Bats most common to this area

Little Pips are smaller in size, darker brown than most and hibernate singularly in the tiniest out of the way crevices of the cave.

Little Browns Very common and weigh 7-14 grams (weight of 7-14 paperclips) one baby per year, delayed fertilization gives birth June 1–July 15. Babies and mother live in maternity colonies. Likes to put her new baby under her wing. Base hair black gets lighter at tips, likes barns and attics in the summer likes also moist places and migrates to the caves in winter 36-55 degrees. Lifespan more than 20 years.

Tri-Colors are 4-8 grams also hangs singularly in eaves and caves, twins are not uncommon, loves all insects.  Body fur is yellow, red and brown.  First ones to come out at night flying low and erratic.  These bats like to “swarm” that means to show off during mating season.  Mating season begins, delayed fertilization until spring when her body warms and she becomes more active.  Hibernation period is Oct 15-Apr15 and prefer solitary stable temperate caves.  Females move to maternity colonies with 44 day gestation.  Naked pink pups are born with closed eyes and collapsed ears.  Birth weight is 2 grams and learn to fly in 3 weeks.

Northern Long Ear 6–9 grams like cool moist caves, can hang singularly or in colonies, lives to 18-20 years and prefers tight crevices, bone structure a little different than its cousin the Little Pip and born naked and pink.  These bats are “swarmers”, a precursor to the mating season.  Delayed fertilization occurs in these bats.  Then hibernation in small groups and a single pup is born in late May or early June.  Mothers move to maternity colonies and weaning takes about 3-4 weeks.  Mother teaches the babies to fly while fathers are out foraging for food.  Diet consists of insects, spiders, moths from tall grass and other vegetation.

Linda Coleberd responsible for this content. The Conversation Jan 12, 2015